The Kent County Recycling & Education Center is once again processing recyclables after being closed for a day and a half. After experiencing a plant-wide electrical malfunction on Wednesday afternoon that caused the facility to cease processing and accepting recyclables from waste haulers, the facility is now operational and accepting material from haulers.
After swift response by Kent County staff and the electrical contractor, the plant began processing the 1,000-1,250 tons of recyclables already in the plant by late Thursday afternoon and began accepting materials from haulers at 1pm on Friday. During the day-and-a-half shut-down, haulers that normally deliver recyclables to the Kent County Recycling & Education Center were redirected to Kent County’s Waste to Energy Facility, about a mile away. Residents were also encouraged to hold off placing recycling carts at the curb until the facility was operational. The work was anticipated to take two to three days.
Kent County Department of Public Works Director Darwin (Dar) Baas credited the faster-than-expected repairs to cooperation across all levels.
“Kent County staff worked seamlessly with the electrical contractor to anticipate what was going to be necessary to make the repairs,” said Baas.
During the shut-down, a total of 48 trucks were redirected to the Waste to Energy Facility.

END_OF_DOCUMENT_TOKEN_TO_BE_REPLACED 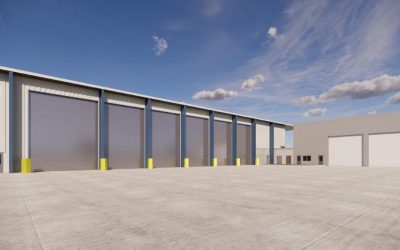